An update on the recent activity…

I needed to get the car off of the ground to make it easier to work on, so an old trampoline frame from the Dump-shop was sourced for $10. 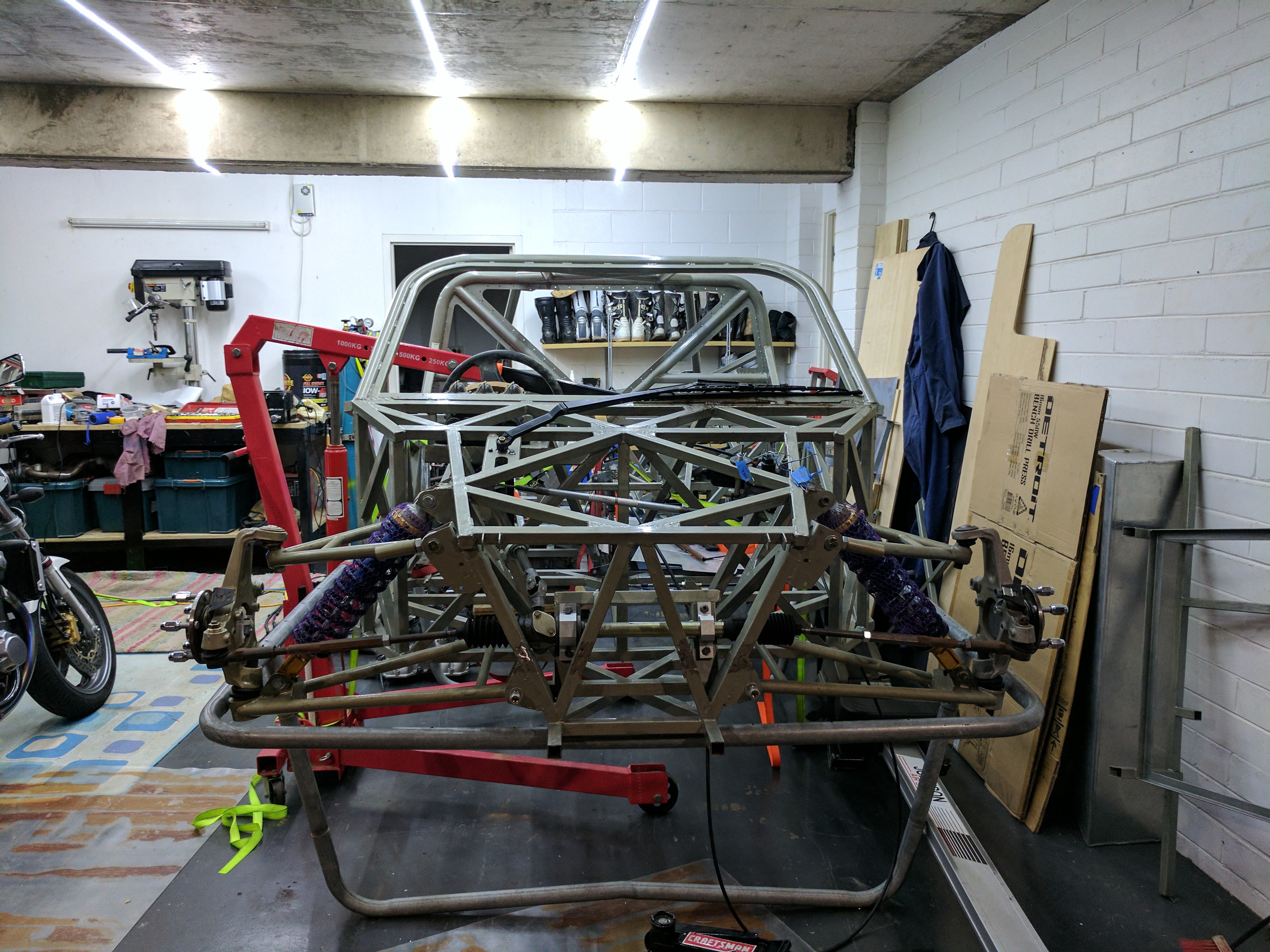 It should be ok, providing I don’t overload it.

Next I had the windscreen made by https://www.glass4classics.com.au/ and shipped to Darwin, the freight to get it here was about the same price as the part, but that’s part of the whole Darwin experience.  Thankfully it fits perfect, I checked the measurements more than a few times before I sent them the DXF file to cut it from. 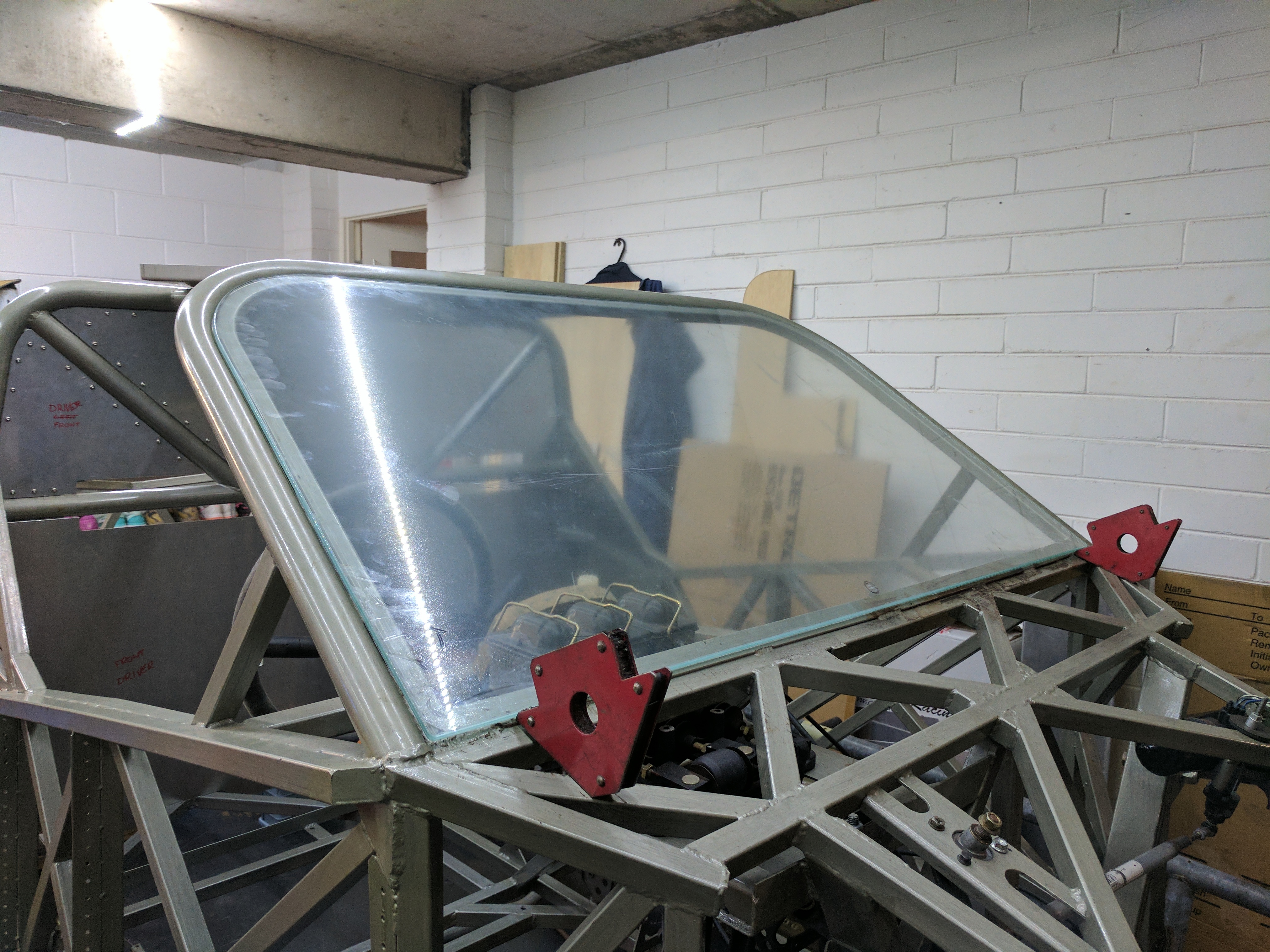 It’s stashed away for the day it can be glued in place.

Having the car up meant I could get on with some of the paneling.  Here’s the first lot of drilling done… 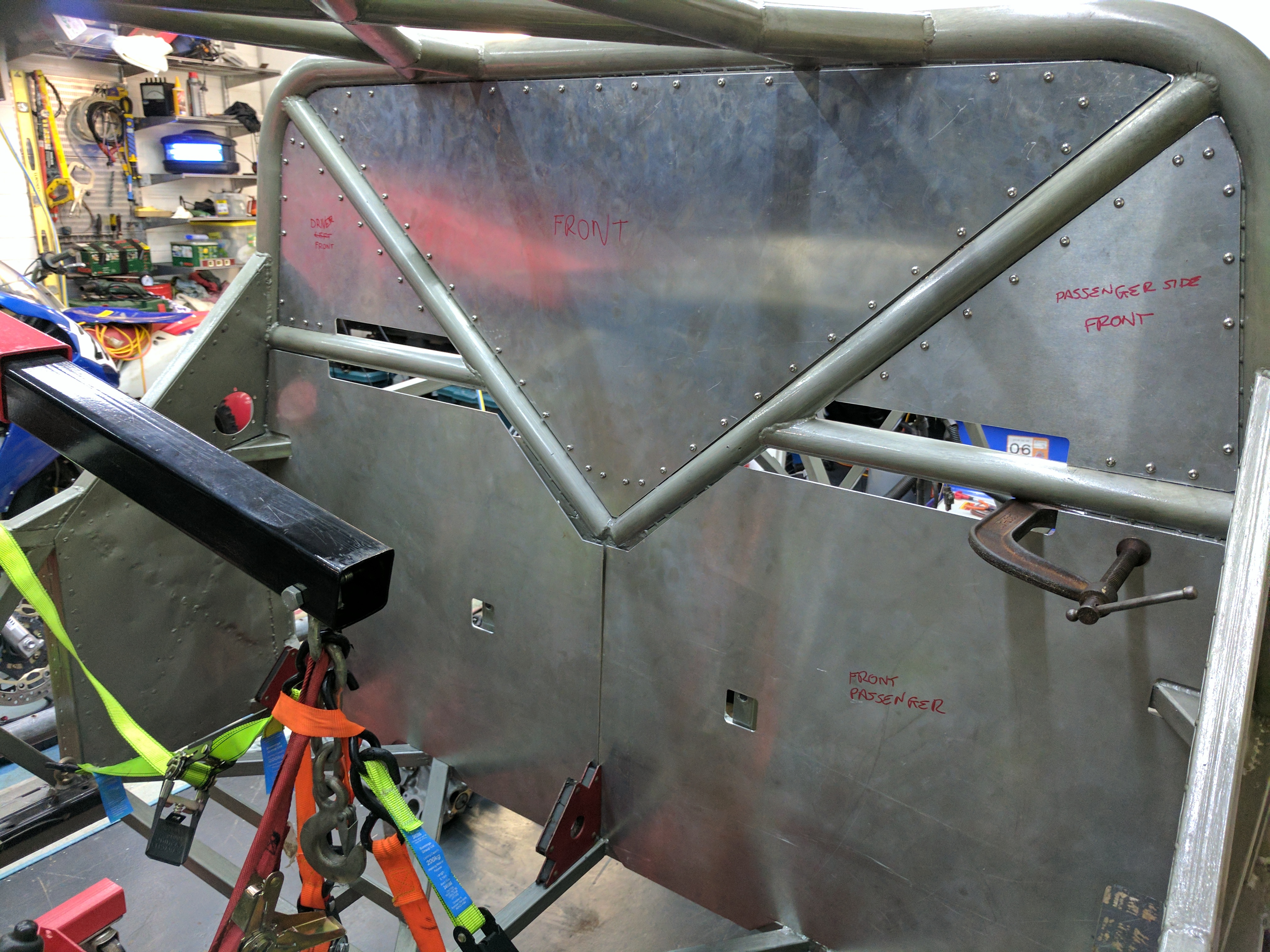 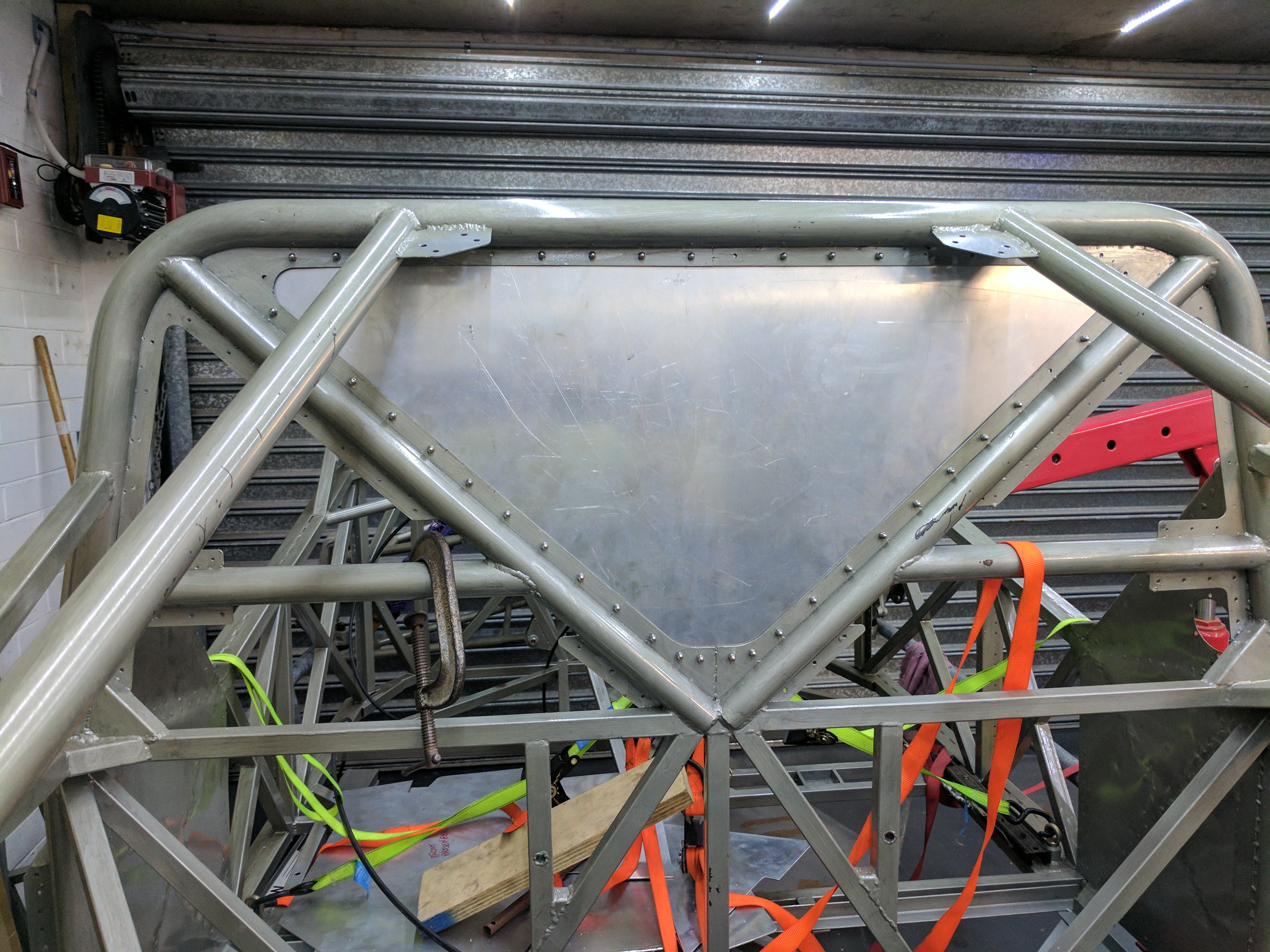 The lower two panels I’d attempted to do as one, but it simply would not fit in the space as one piece.  Due to that and other issues I’ll get them re-cut to be how I want them.

The panels are mostly bolted in for the fire-wall, the aluminium will be faced with DEI heat barrier on the engine side and on the internal side will be faced with some heavy Nomex material, this’ll all be glued sealed in place with Skiflex fire rated polyurethane glue.

With the engine out I’ve been looking a few issues I need to sort with it, to that end I’ve sourced:

The the ECU and new coils I can ditch the original distributor set-up and should be able to run full sequential injection and spark.  Getting rid of the old ignition also frees up space at the front of the engine where things were too tight to the firewall really.

Also to that end the thermostat housing and water bridges used to connect the engine the the radiator will be replaced, below is a rough 3D printed prototype of the water inlet. 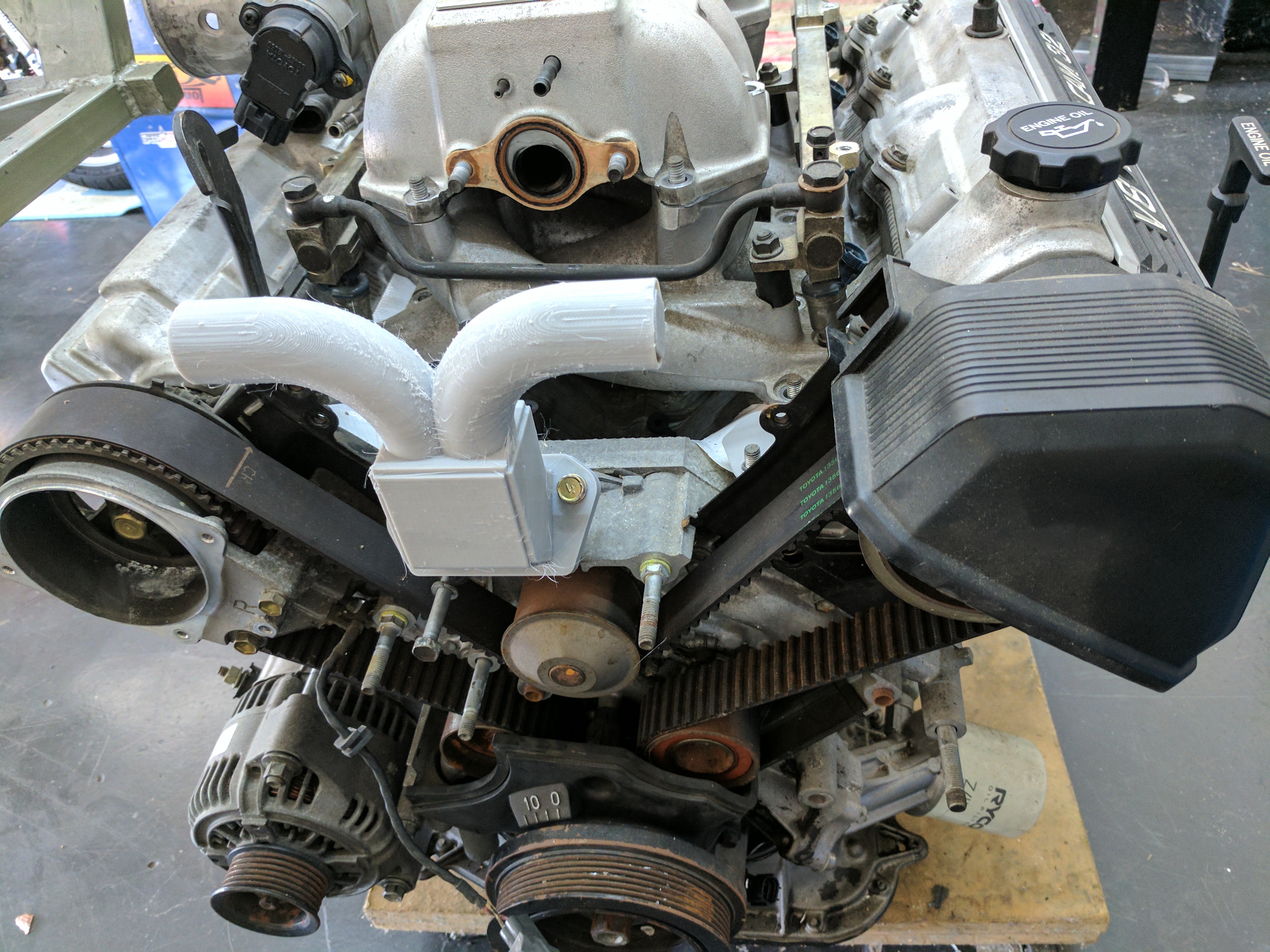 There are four water outlets on the block, normally these group to a single outlet at the front of the engine, instead I’m going to take them singly to the back of the engine where the header tank will be to feed the radiators.  This idea I’m copying from the TDR engine below: 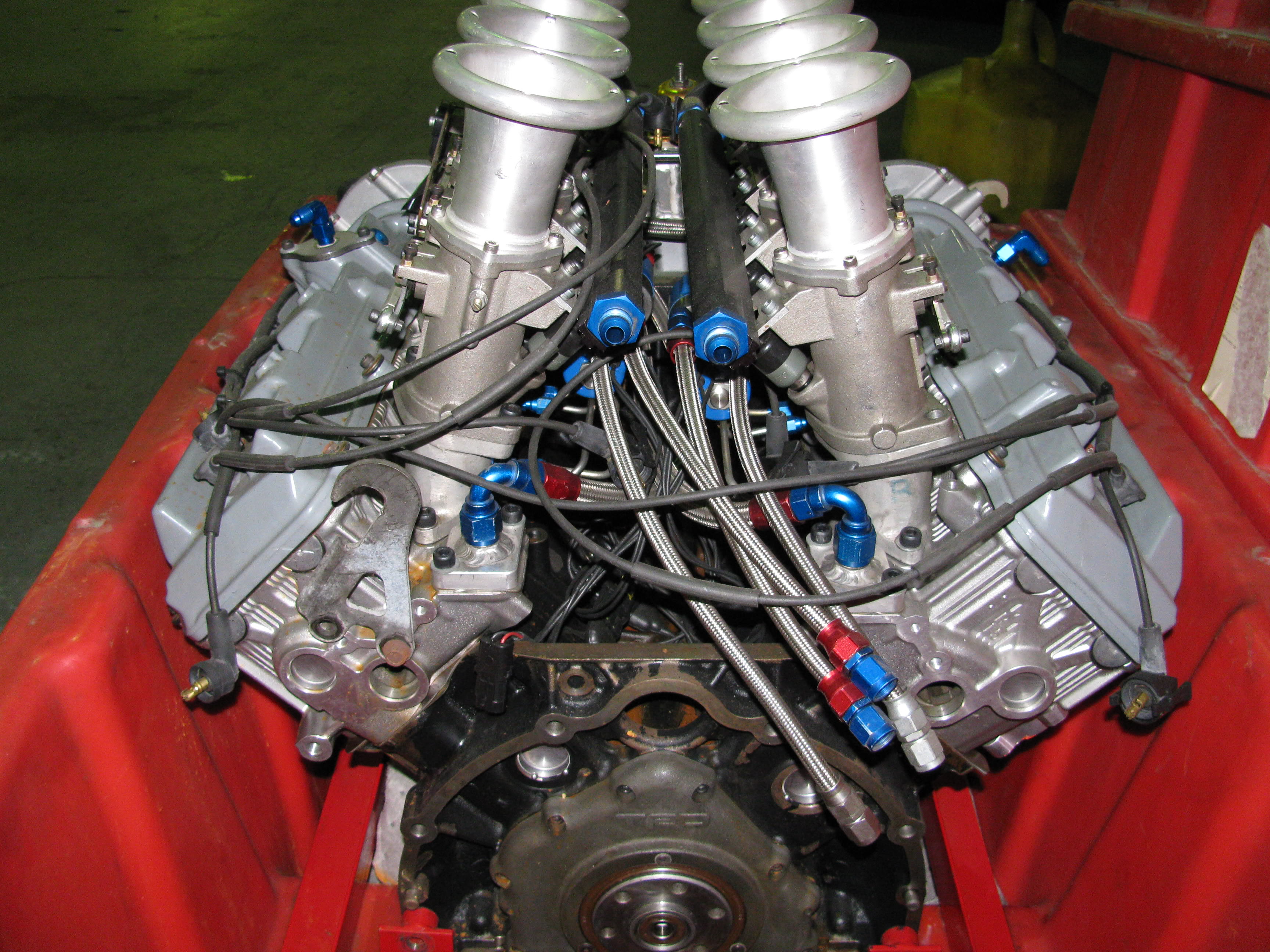 The picture above was taken from:

Photobucket now being a PITA broke the original link.