The chassis frame previously had been painted with a primer and then a type of chassis coating paint that was supposed to be self leveling, which it wasn’t really also the stuff was not totally UV stable which I did not think would be problem.  But after 4 years in storage (wrapped in blankets etc.) it came out a funny shade of green rather than the silver in went in as.

Here the green colour is visible: 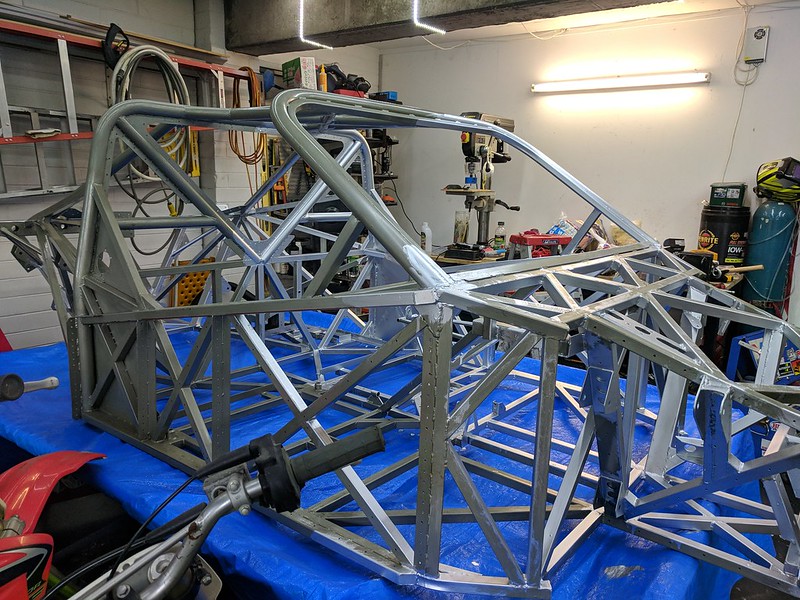 In the picture above I’ve started going over it with Dulux Metalshield Premium Aluminium which looks a lot nicer and hopefully lasts longer.  Initially I thought it was a bit to shiny but with the aluminium panels in place the colour seems to work. 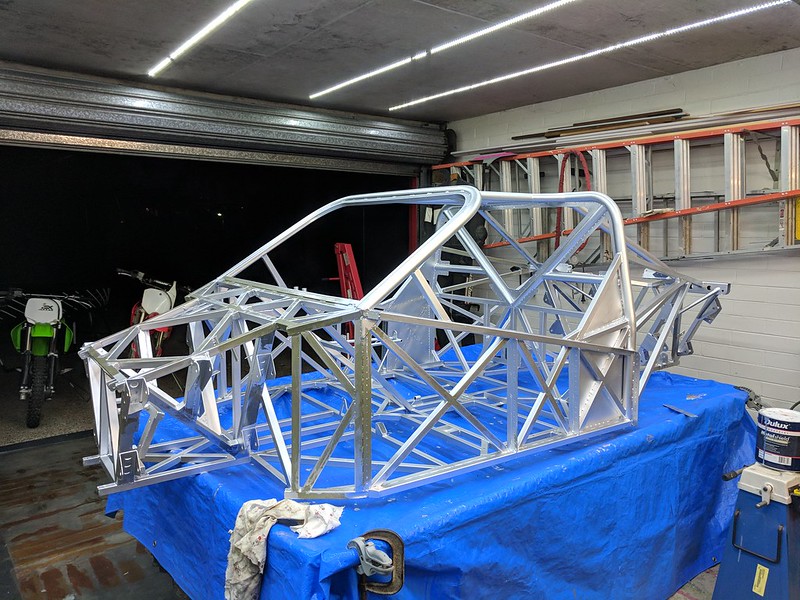 Wherever sheet metal is to be glued on then the paint will be removed, hence the patchy appearance in places.