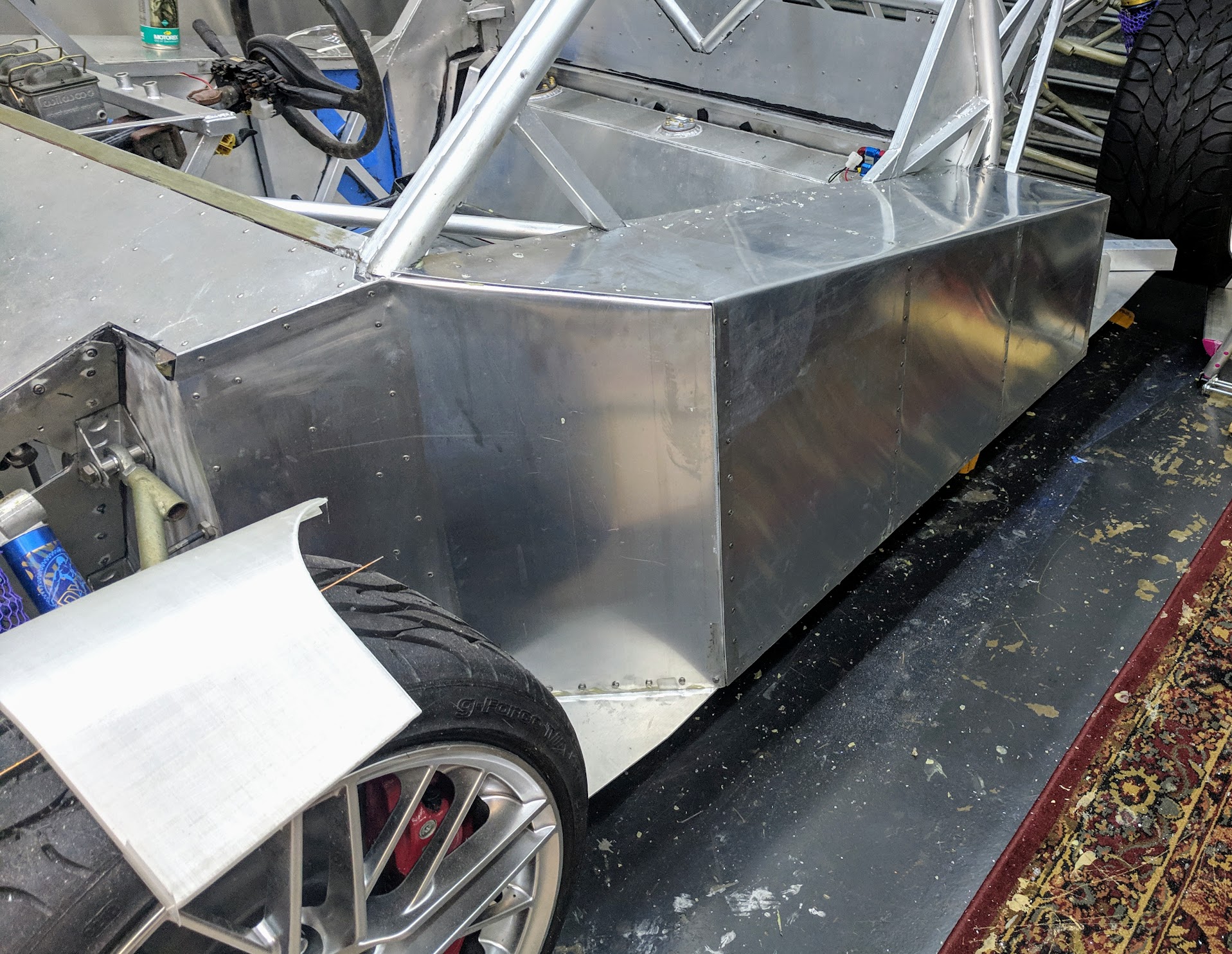 From the last post I’d folded the passenger side cover for the side box. however in the process of finishing it to size, I realised I’d made a mistake when folding the part. I’d made the bend bend radius too tight and the sheet had cracked at the bend. This was hiding under the blue tape, this what it looks like close up:

In the top one the cracking is clear, in the bottom one you can see where the material in the bend has thinned, if you see this in your parts, then they’re scrap.

Another part was cut and folded, I then cut the old one up to use as a template to transfer the rivet holes I’d already started drilling in the old part to the new one. here’s the new one starting to be fitted:

As per the other side after finishing to size, it was roughed up where the glue was to go and then cleaned with acetone.

Blue taped up to keep the glue spills under control.

A mad hour with the glue and rivets and the job is done, keeping the glue in the fridge before use I think gave a few more minutes before it went hard, this’d be a better job to do in a cooler climate.

Next is starting on the fuel tank cover, this is now in two parts as in one piece it wont fit into the car.

I need to make a cover to go over and seal this bit:

At the other end there’s a connection to get from the filler cap into the tank the outer hose is SCEET ducting which seals the tank area from the passenger compartment, inside this is the filler hose that’ll carry the fuel.

Next were some checks that the seats clear the cover.

Which they do, I’d be surprised if they didn’t but I’ve been surprised before.

The cover parts will have a rubber seal under it and the bolted edges will get another 3mm thick strip over the top to help it stay sealed against the rubber.