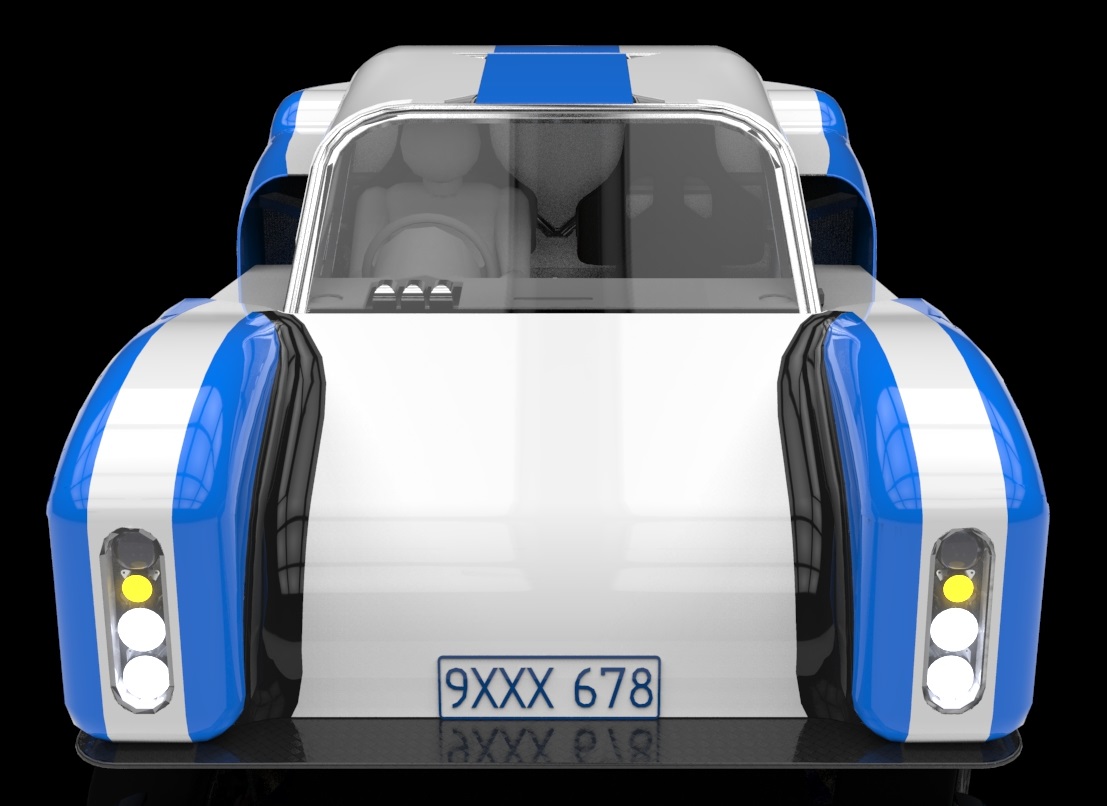 So the last progress report for the year…

As I left it last time the rear top “A” arms did not fit due to interferences with the rear shock, which again was entirely my fault due to not modelling the springs in the CAD model.

Below shows the revised version bottom V the original top…

Thankfully the wheels don’t interfere with the springs with a bit of room to spare at full droop which is a bit of luck, the wheels on the rear look pretty good…

However here is the next self inflicted stuff up.  The wheels are from a 2008 C06 model which I thought would work with the Z06 big brake kit I have, however they won’t and it would take about 20mm of wheel spacers to get them to work, which I’m not happy about so the wheels will go on eBay soon and a set of Z06 wheels will be sourced.

With the rear suspension assembled I could try the CV joint for a fit, as expected the CV Boot interferes with the shock unit and shorter boots will need to be sourced.  At least this is how I expected it to be and not a surprise!

Now having the Ultrasheild 5 point harnesses to hand which I am going to use, I’ve been able to trial fit them and finalize the 5th mounting point.  Below you can see the floor parts of this all tacked in on the passenger side.  Now it’s done I realize I could have done away with the diagonal tubes holding the seat bracket and combined them with the tube which supports the fifth point mounting, but that can wait for the MkII car.

The next realization was the shoulder mounting points as installed don’t work with the harness I have.

I was going to use eye bolts with clip in ends, but there’s not enough room between the back of the seat and the roll frame for this and the 3 bar length adjuster, the result is the 3 bar adjuster either ends up against my neck or further down on my chest, niether of these I like the idea of.

So they’re going to be cut out and I’ll go back to the idea of a round tube welded into the roll frame which the harnesses wrap around.  The picture below show how the harness gets wrapped on the tube to prevent slipping (from Schroth)

Next was dealing with an issue that I had been aware of for some time which was that to get the engine in and out the adaptor plate and flywheel had to be removed from the engine, which long term was not going to work, so the offending tube needed to be removed and replaced with a bolt in version, for this I made the brace and brackets, welded on the brackets and then cut out the tube.

I hoped to heck that the frame would not spring too much in any direction after the tube was cut out and sure enough it moved a little as is inevitable but I’m still able to get the brace to fit.  The 6 bolts in it are overkill I suspect but it’s done now.  And the aim was to get a joint that would resist bending and get more than one or two of the bolts working in shear.

Yesterday I dropped the engine and trans back into the car, the aim being this time to get the exhaust mostly sorted and to have a go at getting the thing to fire up, just so that I know it’ll run in the end.

The original headers are fairly horrid but by swapping their sides and re orienting some flanges they now basically fit but there’s a bit of work to do to get the original cats fitted up, this is all being done to keep the engine and emission systems stock, which should help with registration.

The next thing I’ve started is the front steering tie rod extensions these are made from ¾” hex steel, the Ford steering rack is threaded at M14x2 and I had thought that the GM steering ends were also M14x2 but that’s wrong and now I think it’s M14x1.5, anyway the ends not being machined to final size until I know for sure.

One last thing I’d previously bought an Ozito cold cut saw well this worked well for a time until the blade went and the vise broke, so I took it back (thankfully there’s a 3 year replacement waranty on their stuff) and got my money back.  Then I replaced it with the saw below from Hare & Forbes which was basically $25 more than the Ozito device and so far I think the thing is great.  The blade that comes with it is rubbish, but good replacements are $11 each.  I wish I’d has this thing at the start of the project, oh well.